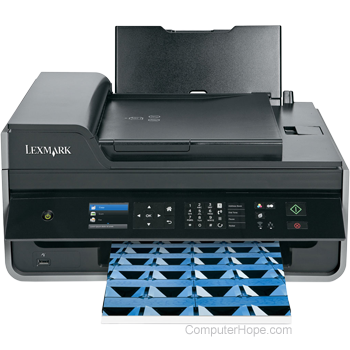 An output device is any peripheral that receives data from a computer, usually for display, projection, or physical reproduction. For example, the image shows an inkjet printer, an output device that make a hard copy of anything shown on the monitor. Monitors and printers are two of the most commonly used output devices used with a computer. 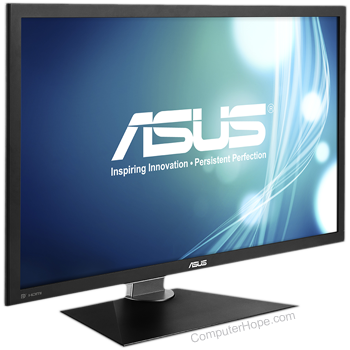 The following list contains many different examples of output devices. For further information about the output device, select any of the listings with blue text.

What are the output devices of my computer?

Every computer has a monitor, an audio adapter, and a GPU (either onboard or discrete). Each of these is an output device. A printer is also very commonly used with computers. Depending on the type of computer and how the computer is used, other output devices may be used with a computer. The best method of determining all of the output devices your computer has is to go through the list above.

Why do computers need output devices?

A computer can still work without an output device. However, you’d have no way of determining what the computer is doing. Using an output device, you can view and get the results of input from a computer.

How does an output device work?

If no output device was connected to the computer and it was functional, you could still type “H” on the keyboard, and it would still be processed. However, you’d be unable to see what happened or confirm the input with no output device.